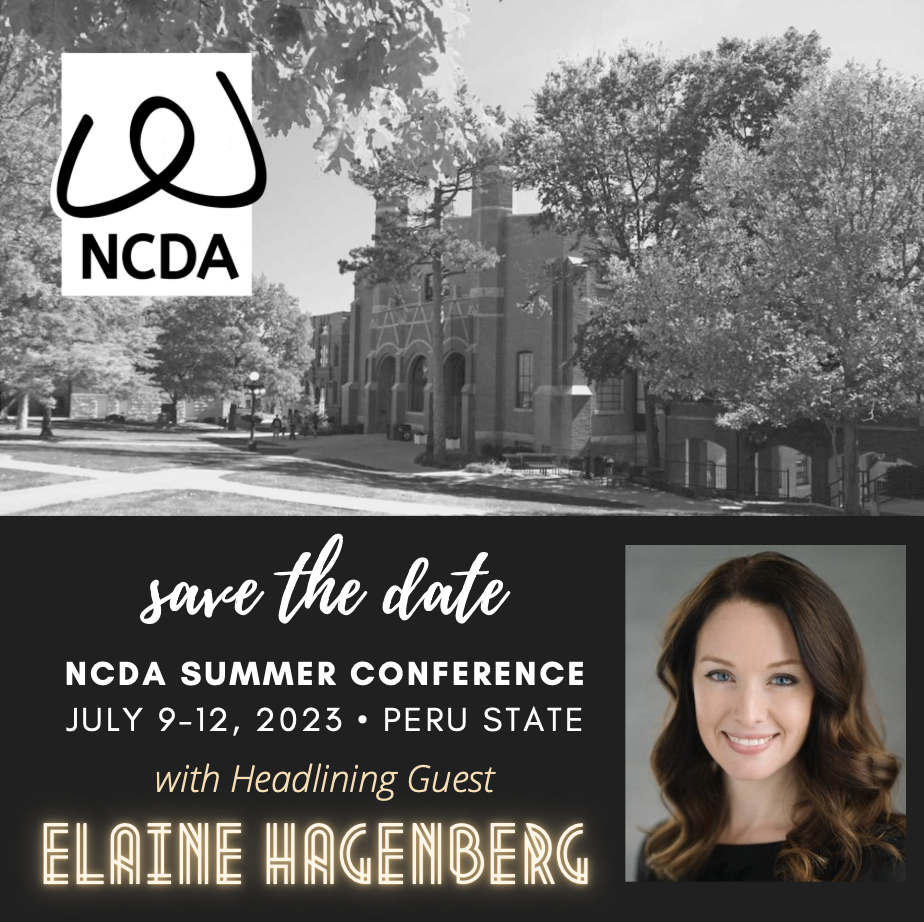 Join high school singers from around the state in an intensive honor choir experience. Students will be immersed in diverse repertoire, expert instruction, and high-level artistry in a beautiful setting on the campus of Peru State College.

OPEN to all students entering grades 7-9.

Join singers from around the state in an exciting honor choir experience! Students will be immersed in diverse repertoire, expert instruction, and high-level artistry in a beautiful setting on the campus of Peru State College.

Information sheet (including links to excerpts and recordings): HERE

We encourage all show choir directors to consider auditioning students for the All-State Show Choir. We proudly represent students from schools all over the state, and guarantee a rewarding and beneficial experience for our participants! Connie Mulligan is the vocal music/show choir director at the Mt. Zion Community School District.  She is the director of the award-winning, Mt. Zion Swingsations show choir along with Les Femmes, You’ve Got Male and the Junior High show choir, Sound System. Connie has been a music educator for over 25 years and has enjoyed returning to the Mt. Zion show choir family.  Connie first came to Mt. Zion as the director of the Swingsations in 1991, and teamed up with Roberta Vest the following year to start the unisex group, Les Femmes.  Connie is from the Central Illinois area and is a graduate of Eastern Illinois University. She has also directed other show choirs including the Sullivan Singers, the Pekin Noteables, Decatur’s Elite Energy, and the Chatham-Glenwood show choir program where she was instrumental in its inception.  She has been a part of the show choir community for nearly 30 years. Connie has worn many hats throughout her career and is grateful for the many opportunities and experiences . Some highlights include directing/choreographing for musicals-theater productions, summer camps and the Decatur Park Singers program along with serving as Company Manager for The Little Theater On the Square, owning a formal wear store and serving as an adjudicator/clinician for various Show Choir events.  Being able to share these experiences with her kids is the BEST part. Her son Sam (24) is a singer-songwriter/performer/choreographer based in Nashville and in addition to his first original album, he released new music January, 2022. Sydni (18) is following the commercial vocal music/performer path at Belmont University in Nashville, TN where she just completed her freshman year. Bobby Picker currently works as a freelance choreographer and clinician across the US. In addition to Choreography, he serves as the Assistant for the Troy Buchanan High School show choirs. Lastly, Bobby serves as an Associate Producer for Heart of America.

Bobby is an Equity singer/dancer and has performed all across the United States. He has performed for Disney World, Universal Studios, Carnival Cruise Lines, The Muny St. Louis, Six Flags, Matt Davenport Productions, Holiday World, Entertainment Central, and many more! Bobby attended Webster University and Lindenwood University, where he studied Musical Theatre.