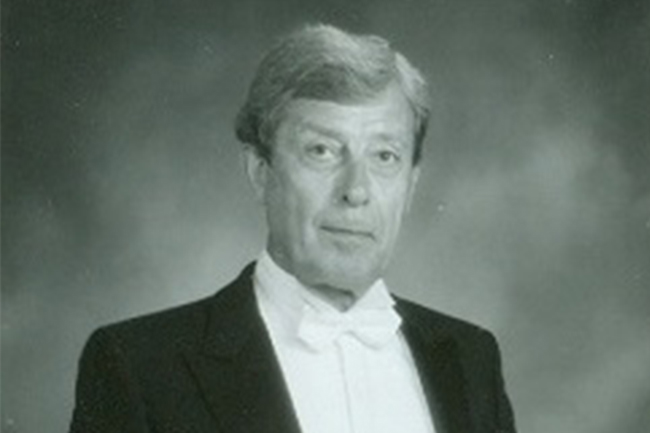 The Cornell Runestad Award is to be given to a deserving choral director in Nebraska. It is to honor those professionals that have made the commitment to singers in Nebraska through choirs under their direction. These conductors have spent a significant portion of their careers in the State of Nebraska. They may have worked with choirs of any level or variety. The inspiration of their artistry has touched many lives, and has set the bar for the many directors who follow in their paths. In short, they have left a legacy.

Named for Cornell Runestad, this award uses as a model the dedication of a man that used his own varied experiences in choral music to develop a choral program at Wayne State College. Under Runestad’s direction, this choir consistently represented the best in our choral art. Choirs in school districts and colleges around the state are being led by former students from Wayne State. The collegiality that is consistently shown by Dr. Runestad has offered encouragement to choral directors of every level. Through his kind nature, he has been able to inspire each of us to be determined in our resolve to be the best that we can be. In this way we offer the singers of Nebraska nothing less than excellence.

This award is to be awarded as deemed appropriate by the President of the Nebraska Choral Directors Association. Only one should be granted at a time. This will allow for the due respect to be given the deserving recipient.